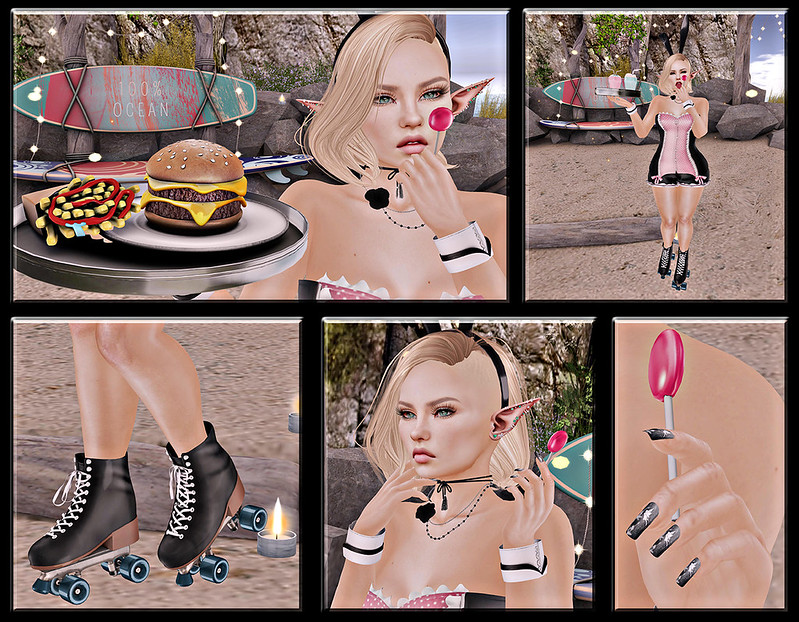 I had meant for this to be posted yesterday however, due to our home sim undergoing some issues due to a disrespectful neighbor, I was not really able to do anything. No tp’ing out, even relogging was an issue.. unpacking items didn’t show up, it was insane.. OH and the groups were not loading at all.. haha.. oh man.. I do not know what the neighbors fate was, all I know is the that offensive prims are down.. and have yet to be re rezzed.. mayb this time they learned. Crossing fingers!

And, with this post, I have a new video for you all!
Move! Animations Cologne has released a new female dance named, Taynara …

Gotta love those cut scenes that put the most awkward photo right in the click area.. lol. weee..

So, now for your shopping info.. I hope you all have a great week!

One thought on “Beach Bunny Lollipop”