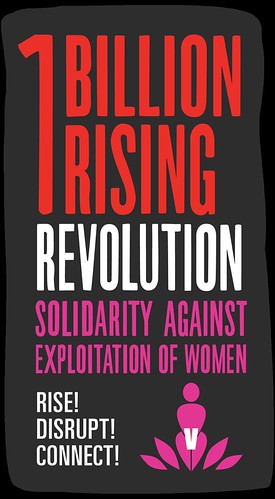 Personal Message: I saw this event being advertised on, SeraphimSL.., and I decided to drop by..
Now, normally, I do not venture out much, as you all know… but, this time, I felt drawn to this event. In real life, if you know me, then you know why… if you do not.. let’s just say, I am a supporter of this cause, as well as a victim.. as many women are…
When I arrived, I was greeted by a familiar name Lyrical Bizarre who made sure I was welcomed, and I then decided to take a look around..
The sim is amazing… so many artist impressions… there was one, that unfortunately, I was unable to view it because of a slow connection at the time.. so please, make sure that you come to the event, and check out all the displays..
There were a few that caught my attention, and I took more than one photo of them.. you will see them.. I also used a sunset windlight (sorry, I do not remember which one.. I was just playing in the settings a lil)…
It’s an amazing event.. and there are gifts here and there about the sim… I especially loved the drapery,  with the quotes.. You can pick them up for 0L.

I would like to sen a huge Kudos to the event staff!
You have all done an amazing job!
Aisling Sinclair, Victor1st Mornington, Samantha Ohrberg, Drew Slate, Krystali Rabeni,
Adele Ward, Saffia Widdershins, Judi Newall, Stevie Basevi, AvaJean Westland, Kess Crystal & everyone else!

I made this video in tribute to all their hard work..
I did my best but, as I stated above, there was at least one, if not more, that I was unable to photograph, so please.. stop by.

Following, is some information I picked up off the official website for, 1 Billion Rising...  Please also make sure you check out this link for the info from, the event organizers on Second Life.

WHAT IS ONE BILLION RISING?

About One Billion Rising

One Billion Rising is the biggest mass action to end violence against women in human history. The campaign, launched on Valentine’s Day 2012, began as a call to action based on the staggering statistic that 1 in 3 women on the planet will be beaten or raped during her lifetime. With the world population at 7 billion, this adds up to more than ONE BILLION WOMEN AND GIRLS. On 14 February 2013, people across the world came together to express their outrage, strike, dance, and RISE in defiance of the injustices women suffer, demanding an end at last to violence against women. On 14 February 2014, One Billion Rising for Justice focused on the issue of justice for all survivors of gender violence, and highlighted the impunity that lives at the intersection of poverty, racism, war, the plunder of the environment, capitalism, imperialism, and patriarchy. For the third year of the campaign, One Billion Rising’s global coordinators chose the theme of “Revolution” as an escalation of the demand for justice, and to build upon the massive efforts of communities worldwide that also looked at the roots and causes of violence as part of their call for justice. On (or around) 14 February 2015, millions of activists in over 200 countries gathered to Rise for REVOLUTION, to change the paradigm, demand accountability, justice and systematic CHANGE. We are rising to show we are determined to create a new kind of consciousness – one where violence will be resisted until it is unthinkable. In 2016, the theme of Revolution continues with a call to focus on marginalized women and to bring national and international focus to their issues; to bring in new artistic energy; to amplify Revolution as a call for system change to end violence against women and girls*; to call on people to rise for others, and not just for ourselves.

*Women and girls is an inclusive term reflecting all those who were assigned and/or identify as female.

WHAT IS ONE BILLION RISING?

3 thoughts on “One Billion Rising”