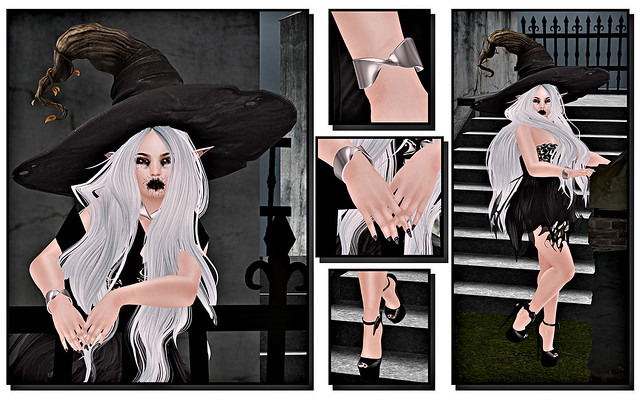 Alrighty!
So, back in April 2016, Strawberry Singh issued a Dance Challenge.. however, I didn’t do the challenge back then because of all the real life stuff happening..
Now, much of this has not changed but, the other evening, I had a tad bit more energy than I have lately, and when I was invited to a friends gig in SL, I decided to go..
Misfit’s Island, aka Eternally Yours, was hosting a halloween/haunted event, and I decided to record my avie dancing.. Hence, challenge accepted!

The music from the video, is not what was playing at the club.
I always abide by copyright laws!
However, it’s a pretty cool and freaky song.. I thought it was perfect for the video and the event!

Now, in my video, and my top photo, I am wearing a full face makeup/mask, a gacha by VileCult.. however, under all that black.. there is a gorgeous skin by, Glam Affair called, Kelly and it is for the, Salem Macabre Market.. it’s so perfect!
I decided to come home, and share them with you.. I really hope I do them justice.. 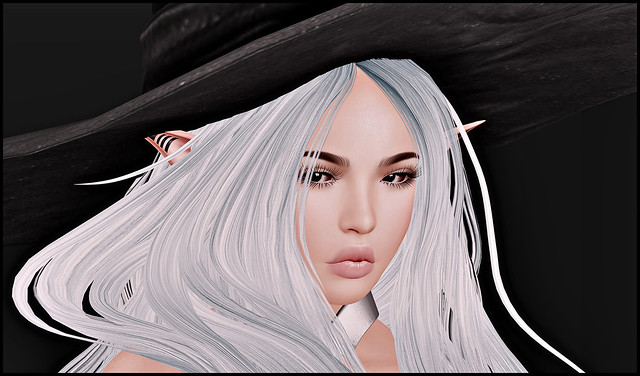 And there is another skin called, Achlys for the Logo mesh head.. however, I am going to share it on the Catwa head because, sigh.. I am lazy and don’t want to switch it up.. so, I shall now don my Omega Hud for Catwa, and share Achlys with you! Only three of them though, lol. it’s up to you to go see the rest!

So, there you have it.. my video, my post, my challenge.. I really hope it was all worth waiting for.

A wish List to keep me busy through recovery