So, in the comments on this video, it was “suggested” that I wear a catwa head, while showing off the catwa eyes.
I would just like to make this crystal clear, I AM wearing a Catwa head.. and I made that pretty clear in the video it’s self.
As I suggested in the video, please refrain from commenting until you have watched the video, as I figured some things out on my own.

I don’t mean to seem bitchy, or snarky tonight.. I have just had a day of it.. hurt feelings, rude managers, newly EX friends.. just, drama..
and I really do not want to deal with silliness on youtube, which if you have been paying attention to social media, you know what it is all about..

However, this video was fun.. even though I seem like the walking dead.

And for the drama concerning someone that I thought was a friend, and I thought we supported each other in our endeavors in Second Life, also to the other drama happening on youtube.. I have this photo..
As many of you know, I express myself through my blog, and my photos.. and sometimes youtube! lol 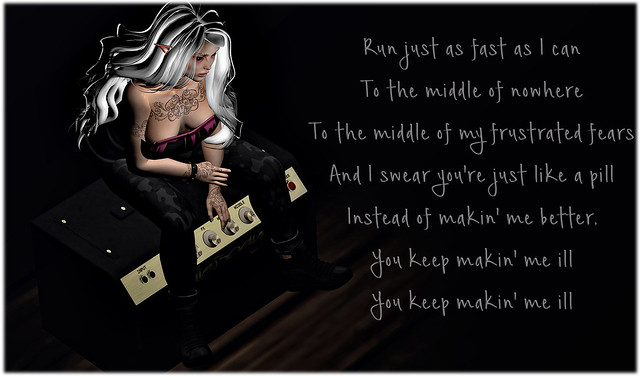 A wish List to keep me busy through recovery

One thought on “Learn something new with me.”